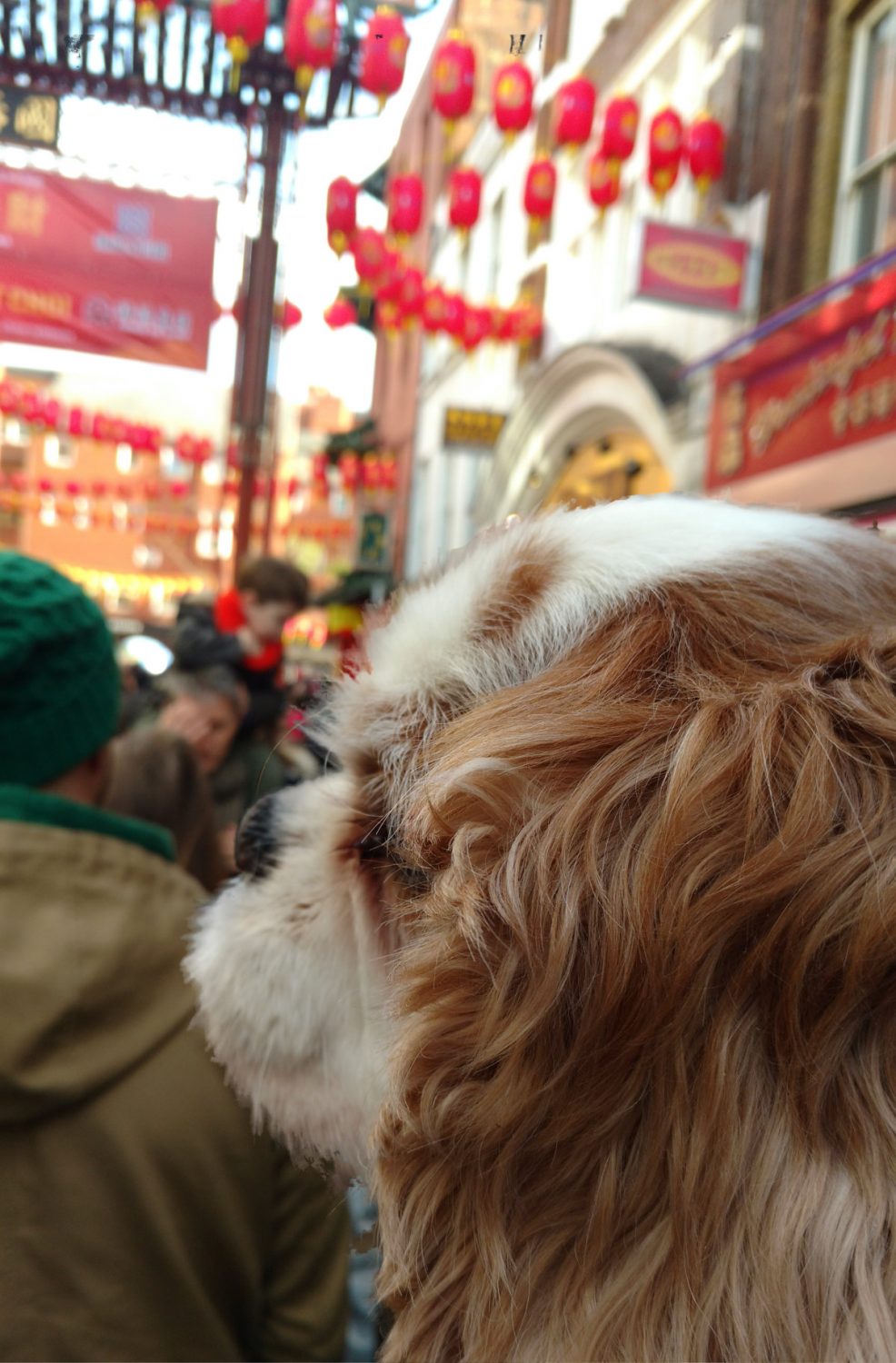 This morning London had its annual Chinese New Year parade – this year, they welcomed in the year of the dog.  Naturally Timothy was there to soak up the atmosphere – he was but a baby puppy for the last year of the dog.

We only saw two other actual dogs all morning, and there were only some dubious looking “dogs” at the front of the parade (they were walking on two legs, and were bright red and bright yellow). 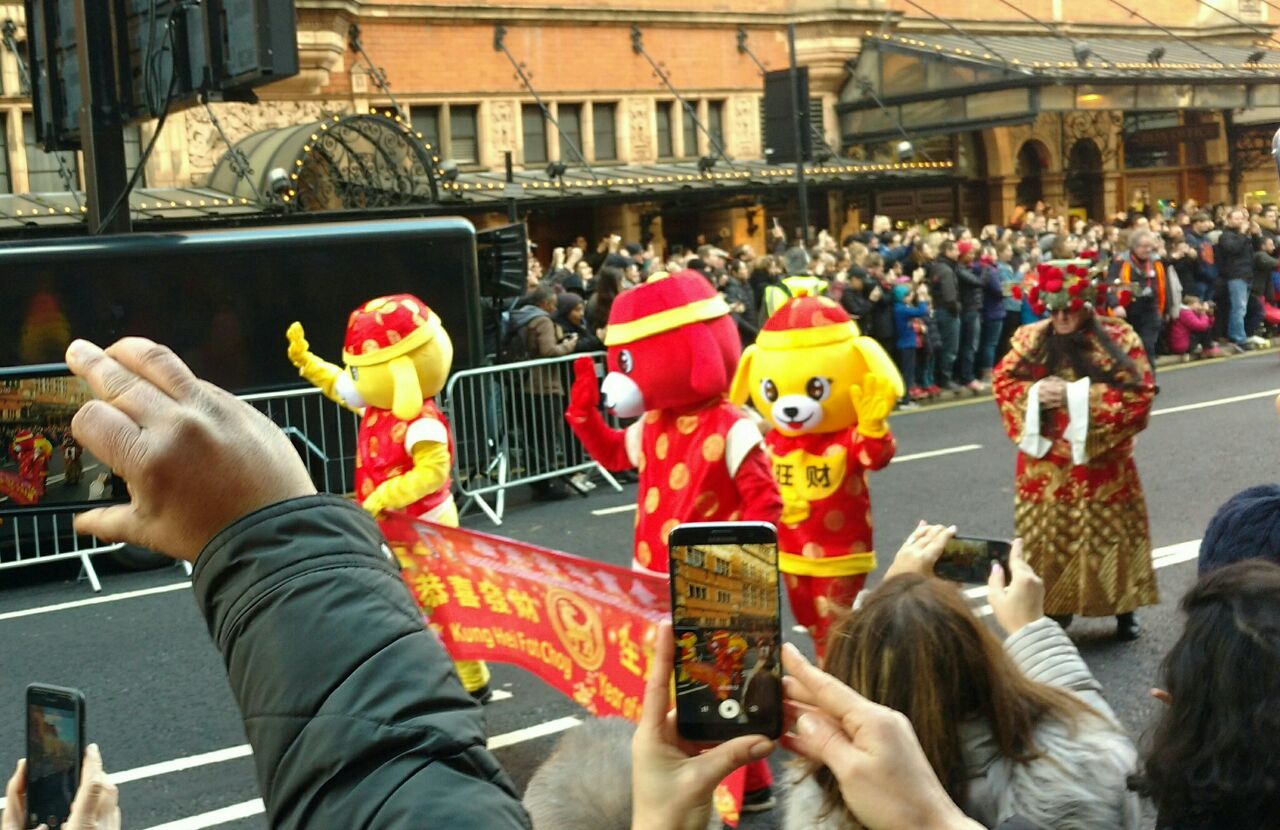 There were actually more pandas than dogs in the parade. 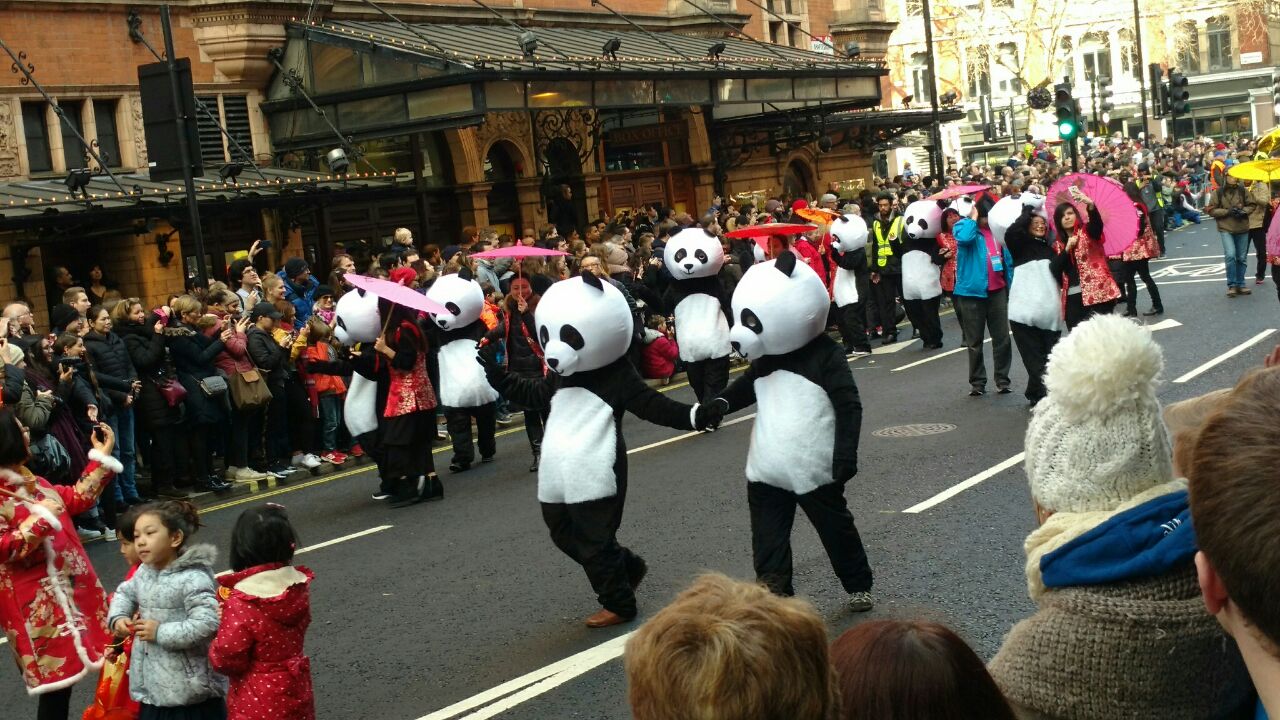 Timothy was spotted by a couple of dozen people and many of them took his photo and one of his postcards.  If you were one of them, please send us the photo you took so that we can post it – we don’t have any of Timothy in his bag in Chinatown this morning: it was too busy to hang him anywhere. 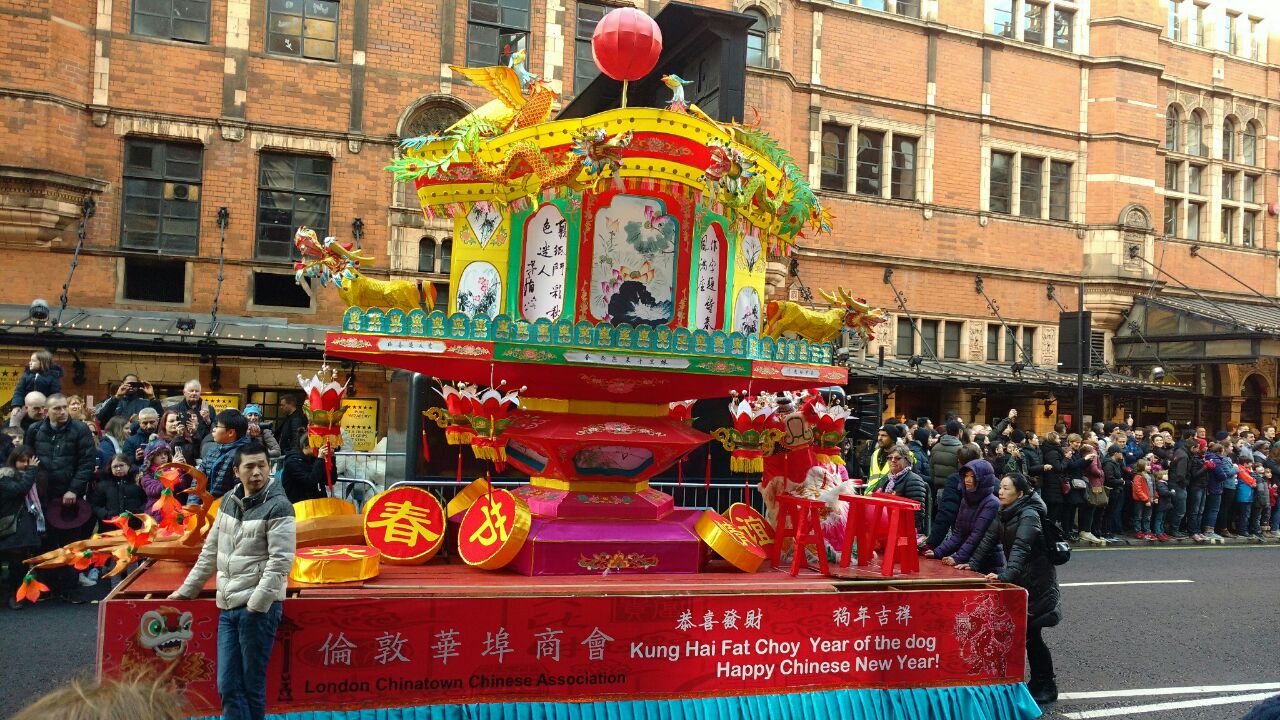 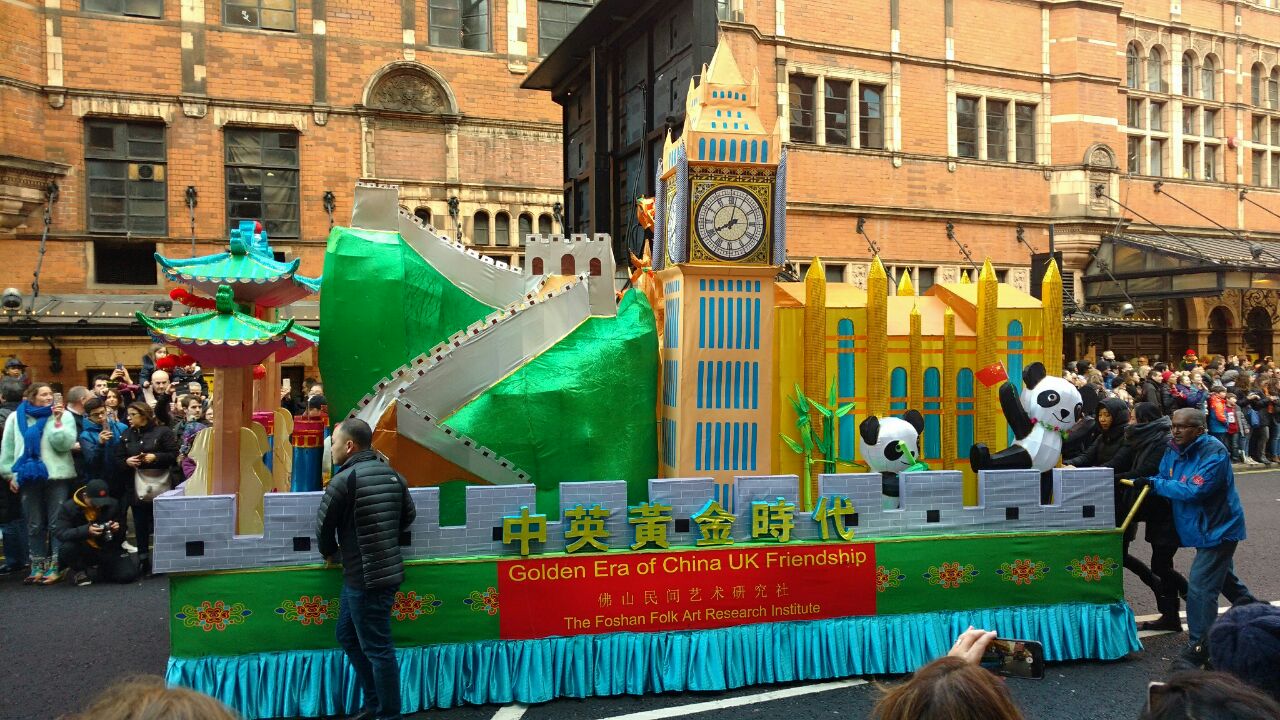 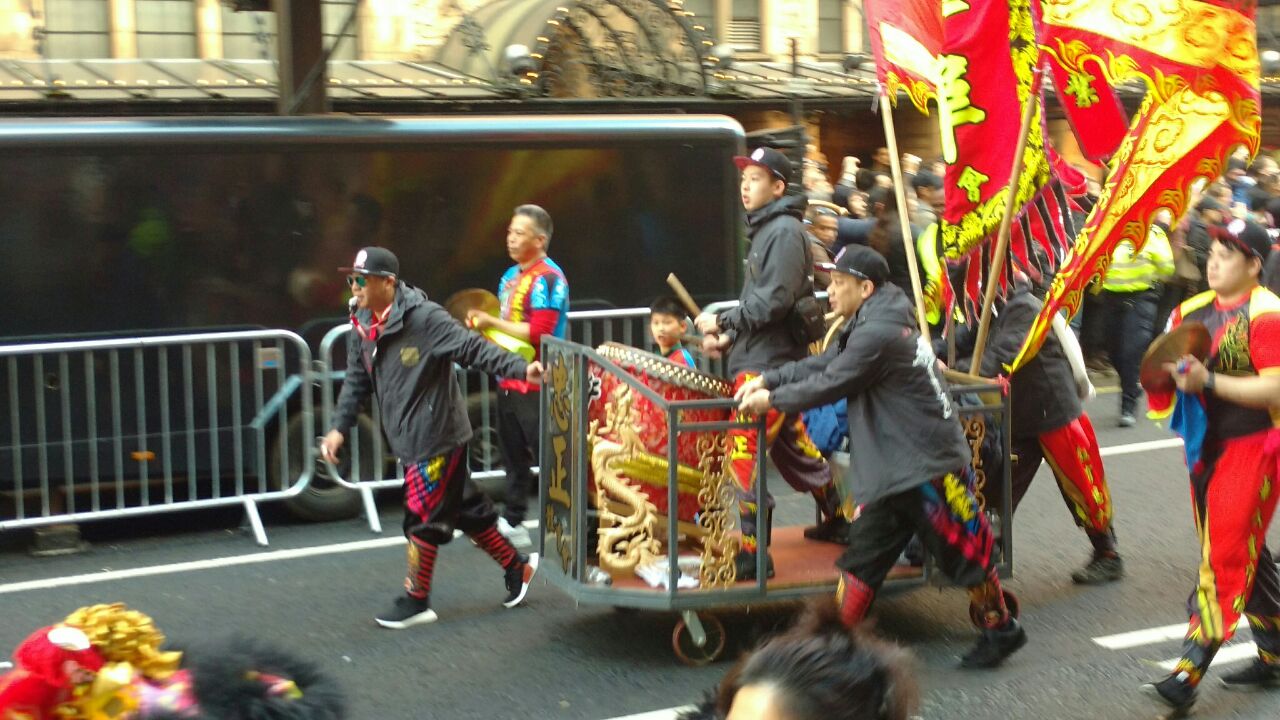 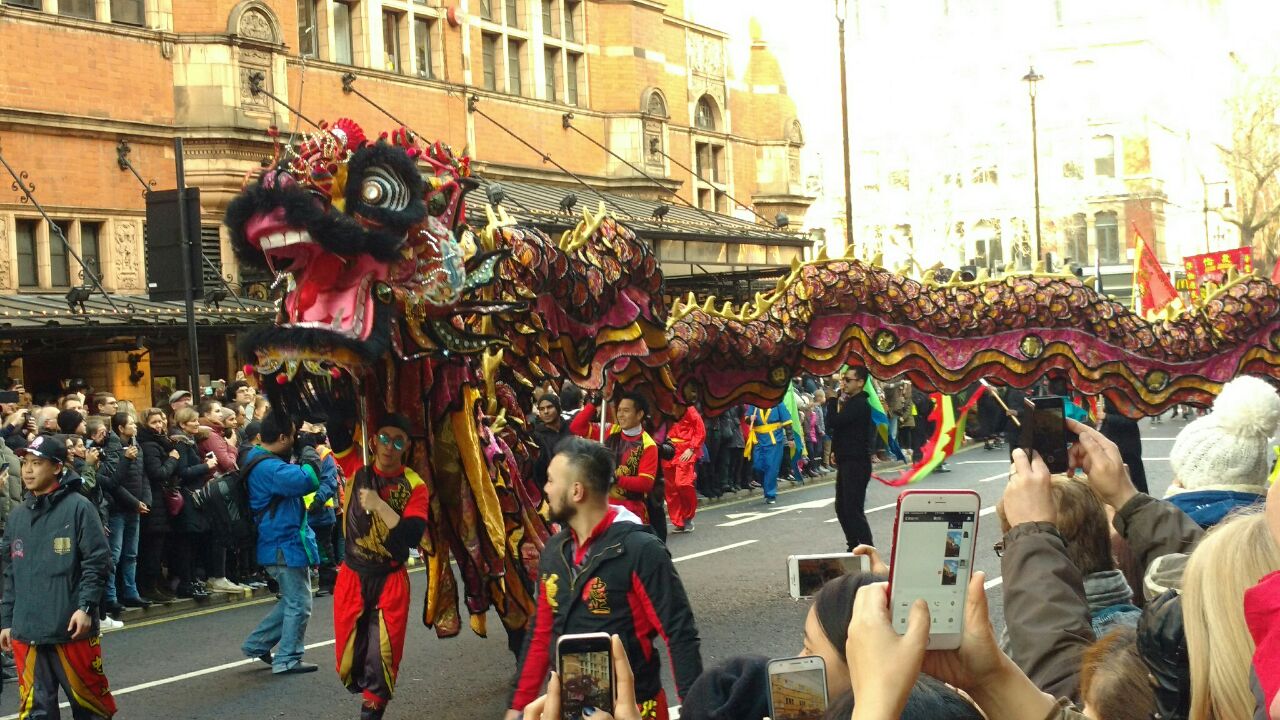 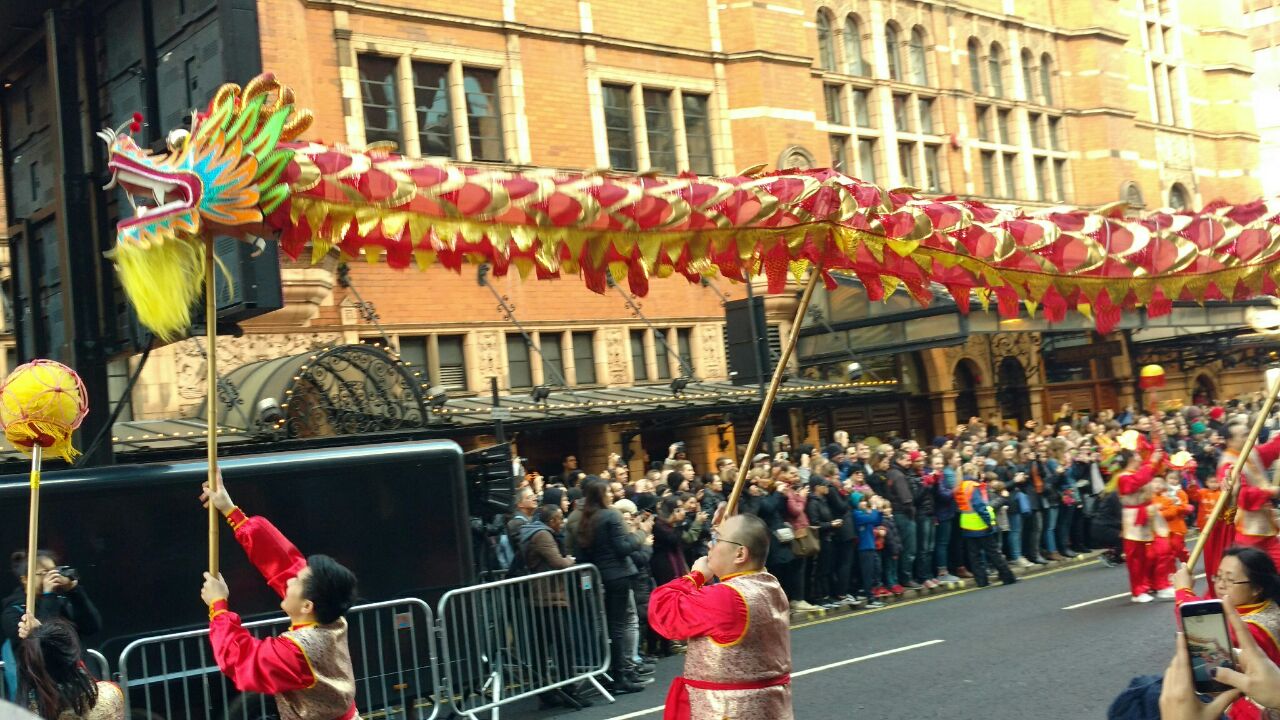 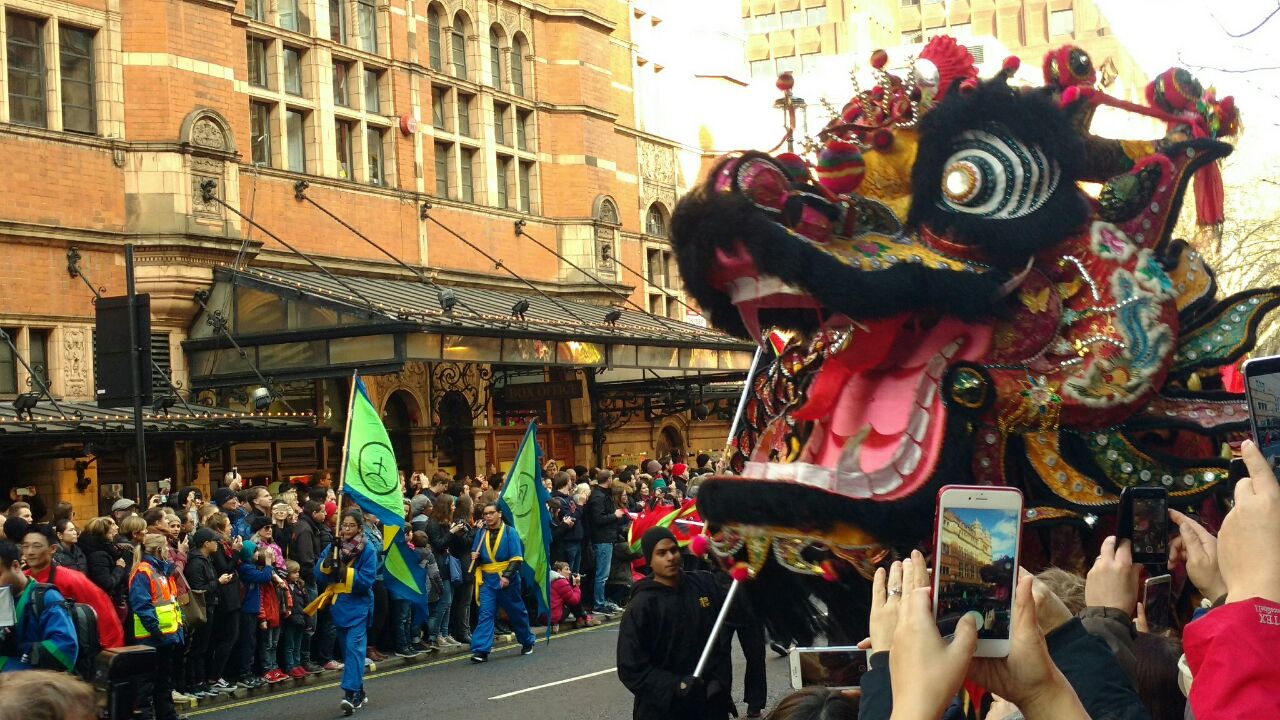