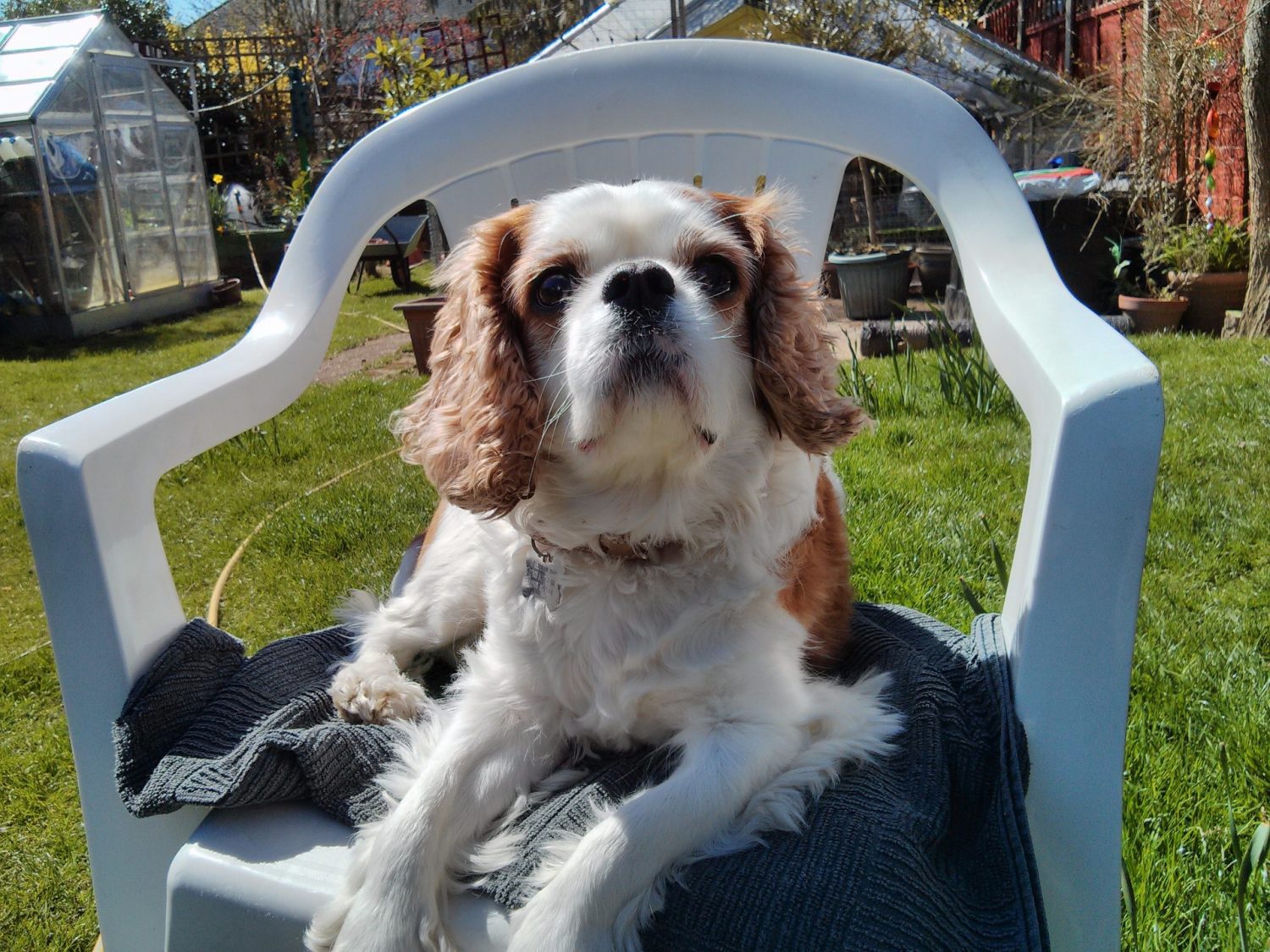 This photo is nearly four years old, and is of Timothy sitting out in the back garden in April 2013.  We keep pet hens in the garden, safely locked up in a fox-proof enclosure, but do let them out to forage around the garden whenever we can.  The hens are not scared of Timothy (who could be?!), but that doesn’t mean that they get on well: sometimes the hens have had him cornered and trapped, and other times we’ve found a hen standing on his shoulders, trying to pull his hair out from the top of his head!  Before now, they’ve also chase him while trying to peck at his eyes.  Quite rightly, then, Timothy is wary of all hens – no matter which one.  He won’t go out into the garden, even with us, if they are out of their enclosure.

When we do let the hens out, we are either in the garden doing something, or are sitting out on a chair.  Timothy is happy to join us if he has his own chair, but expects a towel or blanket on it – he’s not really up for roughing it on a plain chair.